TOPIC of DISCUSSION – The Newbie’s Guide to CrossFit (Part 1)

For the newbies of CrossFit the challenge that lies ahead is not only in the introduction to a new world of fitness, but also the entrance into a whole new world altogether.

Each time a group of newbie’s join the gym there are the same old ‘CrossFit newbie questions’.. what is a WOD? What that movement called with the squat and press ? Who is ‘Fran’, etc.

So what better time to write ‘The Newbie’s Guide to CrossFit’ than now, when CrossFit gyms around the world are filling up with newbies trying to fulfill their new years resolutions.

Like everything we do in CrossFit we will start with the simplest and move on to the more complex! 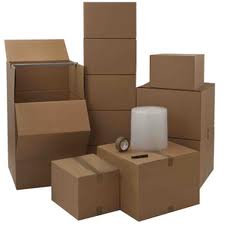 Not these kind of boxes!

Why are CrossFit facilities referred to as Boxes?

CrossFit gyms, especially in the early days, were small. People set up in garages or rented out small spaces known as box rooms, hence where the name box came from. As CrossFit prefer to distance themselves from globo gyms, (think virgin active) and other fitness regimens, this was another way in which they could do that.

Mainsite or CrossFit.com is home to the CrossFit Journal, a great source for everything CrossFit related, and of course the CrossFit WOD. The first WOD posted on Mainsite was on February 10th 2001. 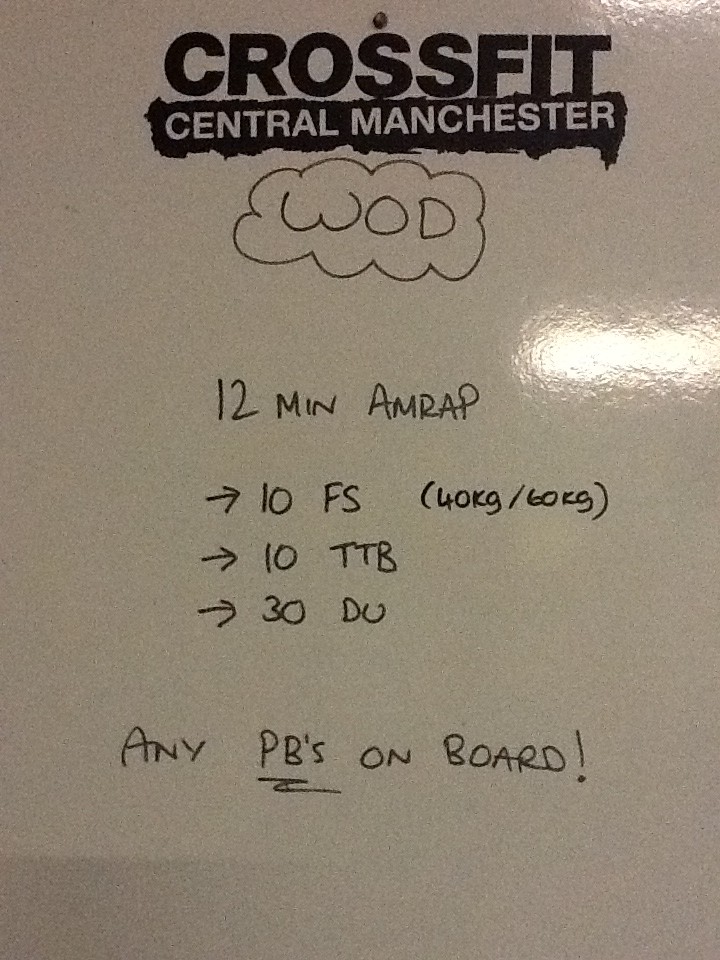 What is a WOD? What can I say, Americans love their acronyms. WOD is simply an abbreviation of WorkOut of the Day. You will see A LOT of abbreviations in CrossFit. For examples AMRAP – As many rounds/reps as possible, HSPU – Handstand push up, FS – Front squat, TTB – Toes to bar, FS – Front squat, PB – Personal best, the list goes on and on. 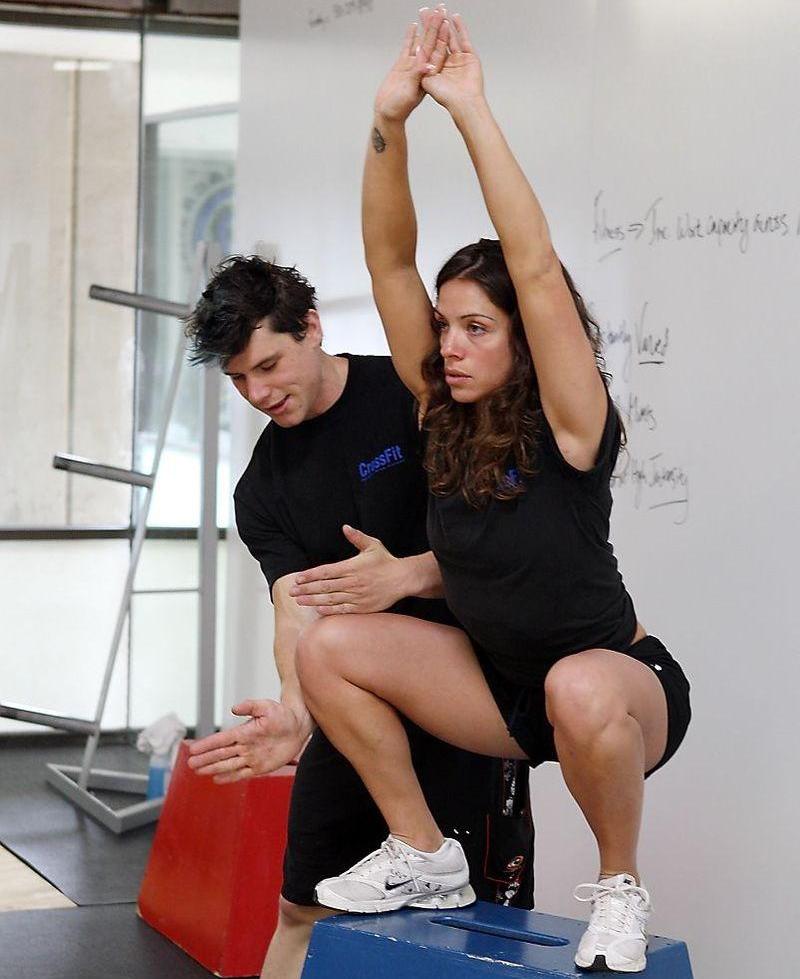 CrossFit movements? Is there only nine?

Getting to grasps with CrossFit movement can take some time, so be patient. The basis is that CrossFit has 9 fundamental movements:

These are not the only movement used in CrossFit this is just the first introduction. Other movements can then be developed from this foundation, for example if you can front squat and press you can do a Thruster. There are plenty of movements to master in CrossFit. 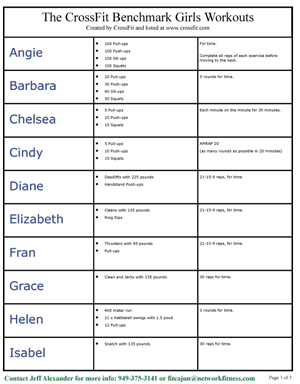 Why are the ‘named’ workouts named after girls?

In the words of Coach Glassman (the founder of CrossFit)

‘Anything that leaves you flat on you back, out of breath and wanting more, probably has a woman’s name attached to it”.

The other reason is that the ‘girl’ workouts feel like a storm, therefore uses the same principle that was used by naval meteorologists, when naming hurricanes after women. 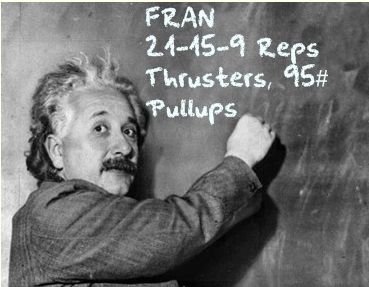 Why not! Reps are just one way to add variation. One reason that is unknown to a lot of people is that Coach Glassman, being a mathematician, loved the divisibility by 3. He also found that the rep scheme maximised intensity, those who were conditioned could complete each set unbroken. 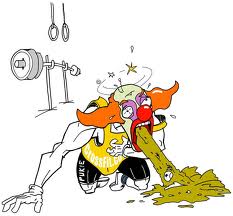 Who or what is Pukie?

Pukie the clown is the CrossFit mascot. It is normally referred to as “meeting Pukie”, meaning being sick during or after a workout. Usually this happens if someone goes beyond his or her physical capabilities, or they have eaten too soon before working out. This should not be mistaken for trying to workout until you are sick, that would not be effective or efficient for anyone. 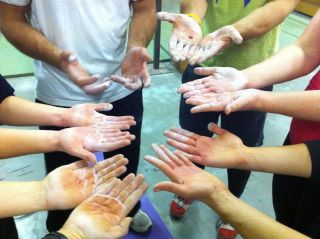 Check out those hands.. ouch!

What’s the deal with pictures of sweat angels, ripped calluses and people puking?

These are our battle souvenirs. It reminds us of the hard work we put in. The pictures of someone puking are just for fun, especially if you weren’t the one puking. The ripped calluses because they can look pretty nasty and the sweat angles cause they look cool. 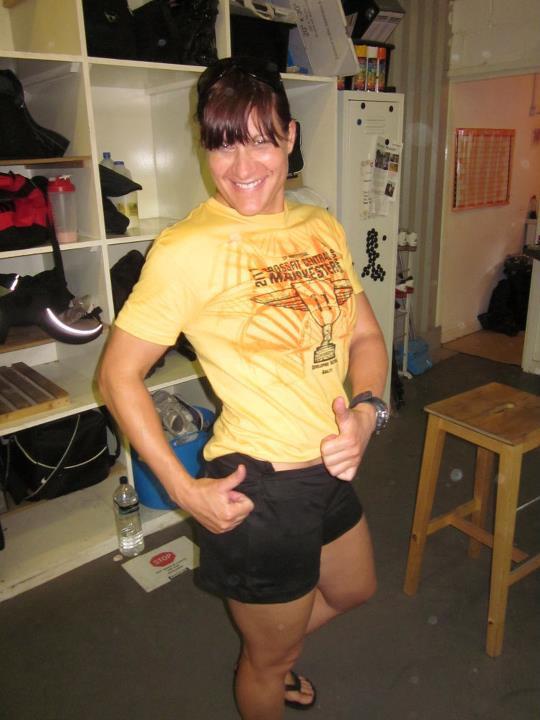 CrossFit veterans pride themselves on their extensive T-Shirts collections and you will end up literally buying in to this eventually. Whether it’s to represent your own affiliate or the affiliate you train at, you will wear your T-Shirt with the upmost pride.

T-Shirts are bought as a souvenir when taking part in a CrossFit competition, courses or used as a ‘currency’ when visiting other CrossFit boxes.

There is also the tendency for many boxes to have CrossFit innuendo T.Shirts. For the regular Joe our T.shirts make no sense and seem to be just plain rude. The old favourite among the girls used to be ‘I have a great Snatch’ but hey it gets people talking and that’s the whole idea of CrossFit. Building and growing the community organically through word of mouth!

Simply put, it is the CrossFit way of eating.

Paleo is named so, because it refers to the Paleolithic period, (caveman days of eating). It follows the basic concept of eat when your hungry, stop when your full. http://thepaleodiet.com/

Zone on the other hand was created by a man named Barry Spears. Based on your lean body mass and how active you are, you are given a ‘zone prescription’, known as ‘blocks’, allocated for the day, for an accurate prescription food must be weighed and measured for every meal. http://www.zonediet.com/

Both however follow the same principle, as described in the first section of world class fitness in 100 words: “Eat meat and vegetables, nuts and seeds, some fruit, little starch and no sugar”.

As you delve deeper into CrossFit you will eventually swop carbohydrates like bread and rice, allowing yourself only a weekly if not monthly indulgence of these ‘bad’ carbs, in the pursuit of ‘cleaner’ eating. Nutrition is after all the foundation to effective training. 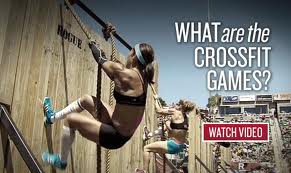 What is the CrossFit Games?

The ultimate test of fitness that is held once a year to find the fittest on earth! Athletes endure the toughest workouts, which are change every year and are not known until the day.

The CrossFit Games was first held in 2007 at a ranch in Aromas, Northern California. In 2010 the growth of CrossFit had taken the Games away from the ranch in Aromas to it’s new home, the track and field stadium at the Home Depot Center in Carson, California.