TOPIC OF DISCUSSION – Music and CrossFit.

I think it’s safe to say most people love music. There’s nothing better than the right tune, at the right time to give you that feel good feeling. So where does music fit in with CrossFit?

Some have said that “if you need music for motivation, maybe CrossFit isn’t for you”, or if you’re listening to the music then you’re not concentrating on the movements or the workout.

On the other hand it has been said that, “the right tune at the right time can get you through the darkness, so you can continue kicking ass when you otherwise wouldn’t”. 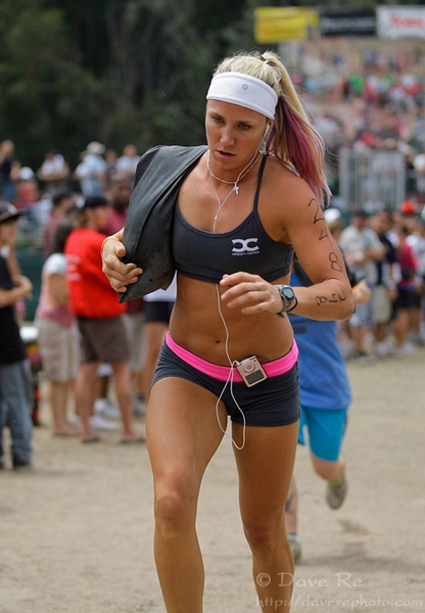 DOES MUSIC HELP YOU TRAIN HARDER?

Research has shown that when music with a slow tempo is played whilst working out, the power output and heart rate reflects that of the tempo. Whereas when the tempo is increased the power output also increases, as well as the heart rate. In the studies, although the participants didn’t find the workout easier with the higher tempo, they had a sense of motivation and thus the sense of how hard they worked increased.

However this was only with workouts that were of a moderate level. High intensity or max effort workouts – music had little impact on effort, the power output did not increase and the heart rate remained high with and without music. This would suggest that the fatigue or the ‘noise of the body’ overrides the impact of music.  This said, as intensity drops off, if the right tune at the right time was played this could essentially re-ignite that intensity, motivating the athlete again to work harder, to get back in the ‘zone’ of intensity. 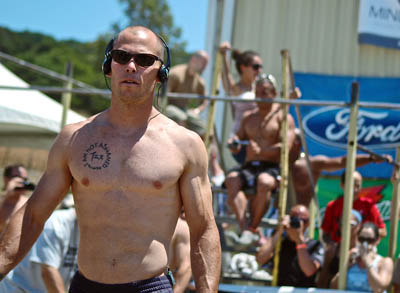 SO.. is music motivation or distraction?

As discussed some believe that music can be motivating, where others believe music shouldn’t be used as a motivating tool and can be a distraction. If you’re paying attention to the music rather than the workout, how can you optimist power output? If you were stopping a workout to complain about a song or change it, then yes, I’d agree you should re-think your motivation tactics. Motivation should be built from your goals and the expectations you have of yourself. When you go into a workout have an idea of what you want to achieve and that should be your motivation. Having music on shouldn’t determine what time you get or whether you get 8 rounds or 11.

There is however such a thing as a good distraction. Studies have also shown that athletes, especially in a competitive environment can improve, when they listen to music before or during their sport, more so for those who don’t perform well under pressure. It allows the athlete a distraction from themselves, the audience, or thinking about the physical demands in order to complete the task.

Some well know CrossFit Games competitors have been seen sporting headphones, for example, Chris Spealer and it doesn’t seem to have hindered his performance. 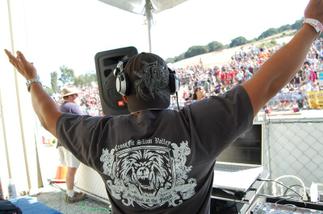 WHAT IT COMES DOWN TO

Even science cannot fully understand the relationship between music and exercise. For some people the music really doesn’t matter at all, others literally cannot train without it.

One of CrossFit’s main principles is constantly varied; variance isn’t limited to movements, load, reps, time and equipment. Music can be included in this. If you don’t work out to music try training with it, or if you do workout to music try working out to music you wouldn’t normally listen to, or no music at all.

Music only becomes a distraction when you allow it. For some people this can be caused by an abrupt change in tempo from fast to slow, or when an athlete is paying more attention to the songs than the task in hand, i.e. dancing or singing along.

There is no doubt that music drowns out the background noise, whether it’s the sound of the person grunting next to you, or even the sound of your own breath.

Sometime we go into the gym and we need that extra boost of motivation and sometimes a song can kick-start that. Other times you’re in the ‘zone’ and you don’t even know what music has played. As long as you’re not completely dependent on music as your motivation and the music isn’t interfering with your technique or intensity levels, then mix it up and have fun!