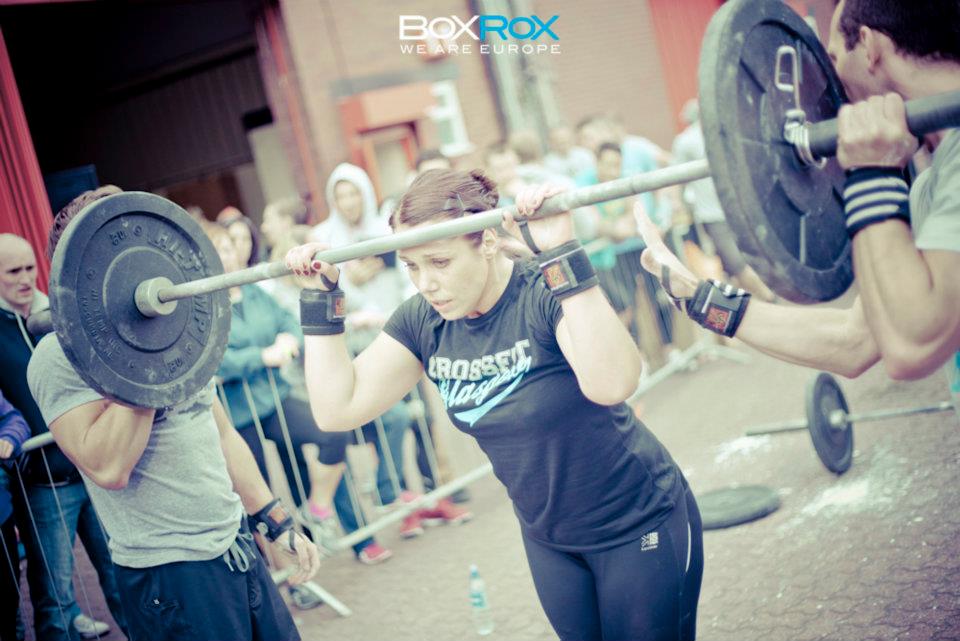 Every year we award someone with, what was know as the Spirit of CrossFit Award, now re-named The Phoenix Award. Last years winner was Tess McKenzie.

The Phoenix award is given to someone who encompasses what CrossFit is, pushing the boundaries and putting everything into a workout. It is someone who stands out from the crowd as being inspirational and awe inspiring.

This weekend that person was Anna Krupa from CrossFit Glasgow.
After one of the female athletes suffered an injury to her hand this meant that Anna had to go into the 3rd workout of the day, Franpee, knowing that 89 Thrusters were hers to complete. You may even think that this would place the team last for that workout, it didn’t.
Not only that on the second day, heavy deadlifts again put the team at a disadvantage, but Anna didn’t let this stand in the way for her and her team mates.
Finishing 10th overall in the competition, Anna showed what team work is really all about. She fought for herself and her team for every second, of every rep!